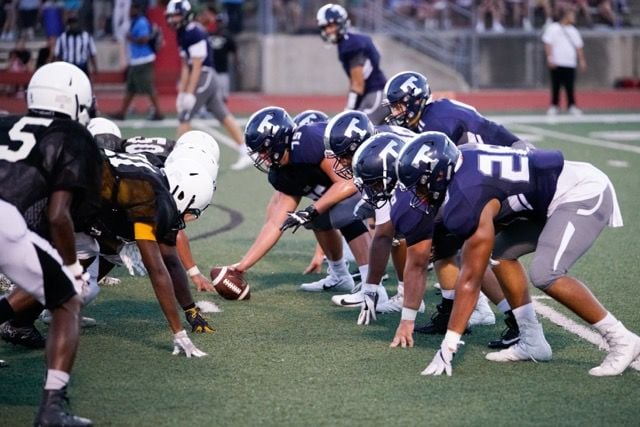 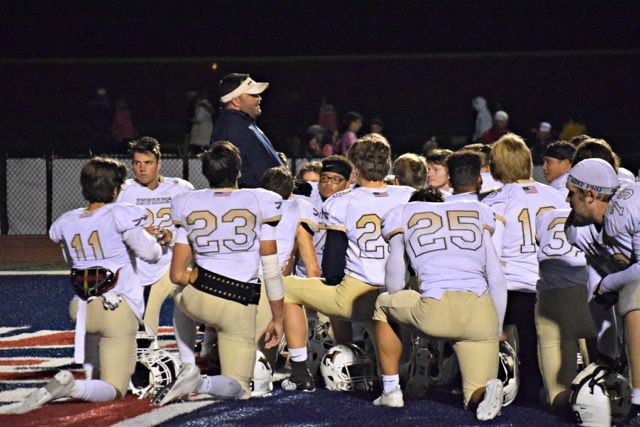 The Timberwolves’ season ended losing to Battle in the District Championship.

“We’re returning a lot of players from that team. We’ve got 26 or 27 seniors so we are pretty excited,” Head Coach Ed Gilreath said.

Gilreath said that this is the most seniors he’s had on a team.

The fact that there are so many seniors and players that are very familiar with each other is not lost on Gilreath, who said one of the teams main strengths is the fact that the guys have been playing together for so long.

“I would say, our ability to play together is a strength,” Gilreath said.

It always helps to be returning so many players, but two returning players for Timberland this year were All-State selections last year.

They are Jarrett Wilson and Chase McCoy, respectively.

This will be Gilreath’s eighth year with Timberland football.

“Our goal is to win the conference outright and to win a district title. Those would be our main goals just to build off of last year. There’s a lot of work to be done and it is a long season,” Gilreath said.

Last year, Place’s team went 4 – 5 in the regular season, got a first round bye and lost marginally to Battle, who went on to the final four.

“We were right there, getting a lot better as the season went on and getting more competitive. When I first took over, we were pretty rough as a program. It’s hard to teach kids how to win right off the bat,” Place said

Place admitted that they’ve had slight struggles in the off-season past, getting the number of players to where it ideally could and should be. He attributed that potentially to the growth in concern about concussions, where participation in the sport of football overall, throughout the country, has seen reductions. With those issues, Place said that this was the best off-season yet, since he’s been in charge.

“This was our best off-season yet. It’s still not where we want to be but we averaged right around in the 70’s for weights everyday in the summer which is not necessarily where you want to be, but definitely better than it’s been in the past,” Place said.

Having a young team can sometimes be difficult, but Place has high hopes for this years group.

“We’re going to be really young but it’s a talented group and I’d be disappointed if we don’t exceed last years performance,” Place said. “I would say team speed is definitely our strength. On both sides of the ball we will be athletic and be able to go. On both sides of the ball we have big play capability. From an athletic standpoint, as a team across the board, this will be the most talented group that we’ve had since I’ve been here, by far.”

In exceeding last years season comes some strategy, not giving it all they’ve got at the beginning of the season and making sure the team is firing on the right cylinders at certain parts throughout the year.

“We try to take it a week at a time and compete at the conference but try to get them to peak later in the year and get hot at the right time,” Place said.

A few players to keep an eye on for Holt this season are sophomore receiver Jackson Smith, who was the first freshman to start for Place in his 15 years coaching, and the two quarterback contenders, Cooper Brown and Payton Hoker.