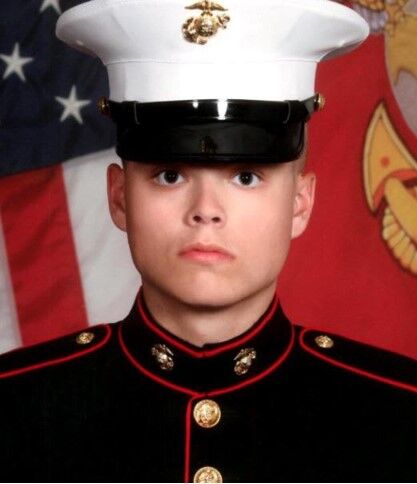 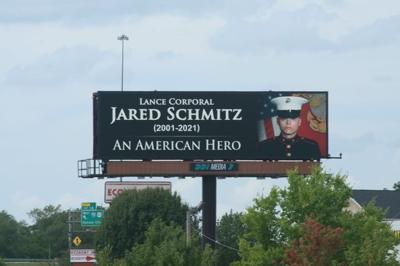 Citizens from Wentzville and the surrounding areas came together to remember one of their own on August 28.

In a ceremony put together on short notice, hundreds of people stood along Wentzville Parkway to honor and pay tribute to Lance Cpl. Jared Schmitz. Schmitz, 20, was one of 13 Marines killed in suicide bombing attacks at the Kabul Airport in Afghanistan on Aug. 26.

Schmitz was on his first deployment to the region from Jordan, and had been in Afghanistan for two weeks when he was killed.

Nearly 300 people with American flags crowded both sides of the street in support of the family. Though the event was put together and circulated on Facebook just the night before, a large crowd still gathered in memory of Schmitz.

Lance Cpl. Schmitz's father, Mark Schmitz, in an interview with a local radio station, said the family was notified by the Marine Corps about his son's death in the wee hours of August 27.

"Pray everyday for the soldiers who are putting their lives at risk and doing what they love, which is protecting all of us," Mark Schmitz said in the interview.

Lance Cpl. Schmitz was one of 6,000 troops who were deployed to aid in the evacuation of the Afghanistan, which has been taken over by the Taliban.

How do you grade Nebraska's hire of Trev Alberts as athletic director?