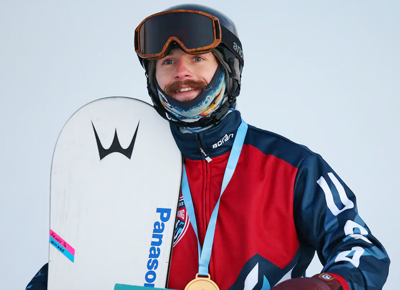 “We are so excited to nominate these athletes to the Paralympic team,” Jessica Smith, associate director of U.S. Paralympics Snowboarding, said. “Everyone on this roster – from the veterans returning for another shot at Paralympic glory to the rising stars making their debut on the sport’s biggest stage – have proven themselves all season. Every athlete brings something unique to the team, and each will make valuable contributions to the team’s success in Beijing.”

Two of the most decorated Para snowboarders in the world, Paralympic champions Schultz and Noah Elliott (St. Charles, Missouri) will be joined by 2021 world championship bronze medalist Tyler Burdick (Salt Lake City, Utah) to make up the men’s SB-LL1 class for Team USA.

All three athletes have had strong 2021-22 showings. Elliott and Schultz went 1-2 in the men’s SB-LL1 dual banked slalom event in Lillehammer, while Schultz and Burdick took the silver and bronze in snowboardcross. The 2018 Paralympic gold medalists in snowboardcross and banked slalom, respectively, Schultz and Elliott are heavy favorites in each event once again. Each is a two-time Paralympic medalist and will be competing in their second Paralympic Games.

Burdick, meanwhile, competed in the Paralympic Games Sochi 2014, where he finished eighth in snowboardcross. After missing the cut for the Paralympic Games PyeongChang 2018, the 40-year-old has been at his best in 2022. In addition to the bronze in Lillehammer – the first world championships medal of his career – he has also picked up several world cup podiums in a breakout season that continues with his second Paralympic team nomination. Burdick is also the only member of the team with military ties – he is a retired E-5 2nd Class Petty Officer in the U.S. Navy who previously served three deployments to Iraq and Afghanistan.

On the women’s SB-LL2 side, Huckaby and 2018 Paralympic silver medalist Brittani Coury (Durango, Colorado) each make their second Paralympic roster. Huckaby, a two-time Paralympic champion and six-time world championship medalist in the women’s SB-LL1 class, recently earned the right to compete in Beijing after a German court’s interim injunction ruled her eligible to represent Team USA in the women’s SB-LL2 classification. One of the most successful women’s Para snowboarders of all time, Huckaby took two years off during this Paralympic quad to have her second daughter, Sloan, after which she returned to the team and picked up where she left off after PyeongChang.

Coury returns to the team for her second Paralympic berth. The 2018 Paralympic silver medalist is also a registered nurse who served on the frontlines of the COVID-19 pandemic and also volunteered for Team USA as an Athlete Services Coordinator at the Paralympic Games Tokyo 2020.

Paralympic rookie Katlyn Maddry (Wasilla, Alaska) rounds out the women’s team, making her first Paralympic team after a stellar world cup season. Maddry has been competitive at the world cup level all season, taking home several medals and finishing fourth in the women’s SB-LL2 dual banked slalom competition at world championships. The Games will be a homecoming of sorts for Maddry, who was born in China and adopted at age 6. The 20-year-old is also a full-time student at the University of Alaska Anchorage, where she is studying architecture.

Two-time Paralympic medalist Mike Minor (Frisco, Colorado) will be the sole athlete representing Team USA in the men’s SB-UL class. Minor, who took gold in banked slalom and bronze in snowboardcross in PyeongChang, returns for his second Paralympic appearance.

Miller will be joined by two-time Paralympic medalists Keith Gabel (Ogden, Utah) and Evan Strong (Haiku, Hawaii) and first-time Paralympian Garrett Geros (Silverthorne, Colorado) in the men’s SB-LL2 class. Miller has broken onto the Para snowboard scene this quad, most recently winning the first world championship title of his career in dual banked slalom in Lillehammer. The Paralympic nomination is the culmination of years of preparation for the 22-year-old, who has been snowboarding competitively since he won his first snowboardcross competition at 11.

Bringing the most Paralympic experience to the team, Gabel and Strong make their third Games rosters. The 2019 world champion in snowboardcross, Gabel also has earned silver and bronze at the Paralympic Games. He and his wife, Heather, own a coffee shop in El Jebel, Colorado. Strong, meanwhile, took time off following the 2018 Games before returning to the slopes to compete for Team USA this season. The 2014 Paralympic champion in snowboardcross, Strong took home bronze in Lillehammer in the same event.

Geros rounds out the American roster after winning several world cup medals on the year and competing in his first career world championships. The 22-year-old has been snowboarding since he was 7, and was a successful high school wrestler.